Having your own home cinema can be truly awesome and can be designed and tailored to suit your exact requirements and budget. However, did you know that there are a few important elements that need to be considered before installation commences? There’s nothing worse than looking at a picture that is distorted and in no way matched to the intentions of the movies production team. That’s where the relationship between the height and width of a screen comes in, otherwise know as the aspect ratio.

The ratio of width to height

Cinema projection screens are available in two ratios – 16:9 (otherwise known as widescreen) and 2.35:1 (known as cinemascope) – both of which are designed for different types of viewing content. Should the majority of content be from sources including Sky, Freeview, gaming, the occasional movie, etc; then a 16:9 ratio screen will be perfectly suitable as the vast majority of the content shown will have been produced in 16:9 as well. However, you may notice that when watching movies, there is often a black bar at the top and bottom of the screen. This is due to the movie being originally filmed in a different ratio known as 2.35:1.

Alternatively, should your projection system be a dedicated space for watching movies, then a 2.35:1 projection screen would be more suitable as this is the same format that most films are produced in, thus eliminating the top and bottom black bars seen on a 16:9 screen. Whilst this results in a wider projection screen, the imagery becomes a lot more immersive and enables films to be viewed exactly how the movie director intended. 16:9 sources can be shown on a 2.35:1 screen, however this does result in black bars being shown on the left and right hand side of the picture.

Can I have a screen system that has both aspect ratios?

Should you be wanting a projection screen that can be used in both 16:9 and 2.35:1 ratios, a ‘motorised e-masking’ version is available, thus enabling the screen to be in either mode by mechanically changing the aspect ratio with side masking borders. Book a demonstration in our showroom to see a screen of this style, as well as a 16:9 ratio screen, located in our dual purpose media room.

To find out which screen format is right for you, why not contact us to discuss your requirements so that we can make the perfect recommendation.

As Projects Director at New Wave AV I get involved in the detail of ensuring that the solutions we specify for our clients work simply to improve your lifestyle, enhance comfort, and add convenience. I have a particular interest in Home Cinema, Lighting Design & Control. 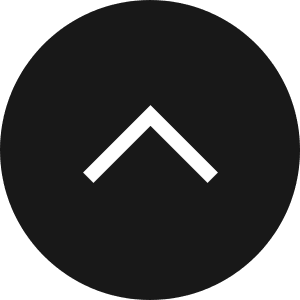